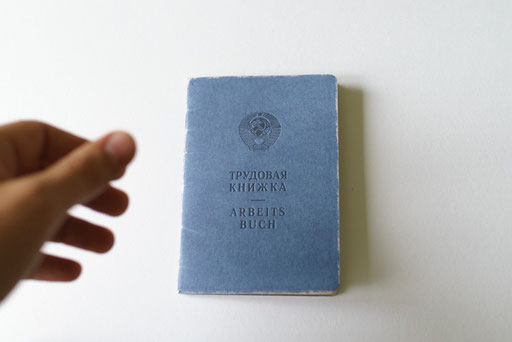 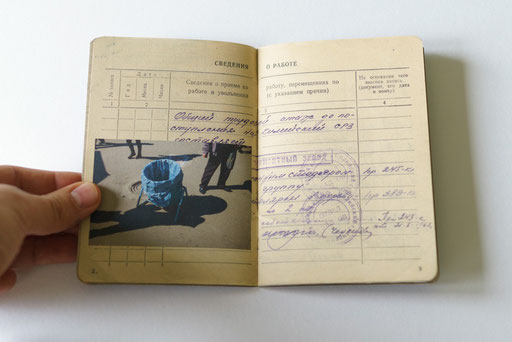 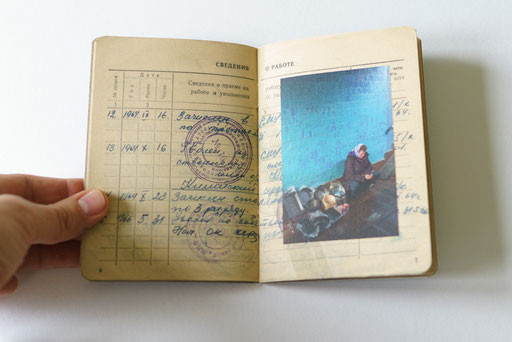 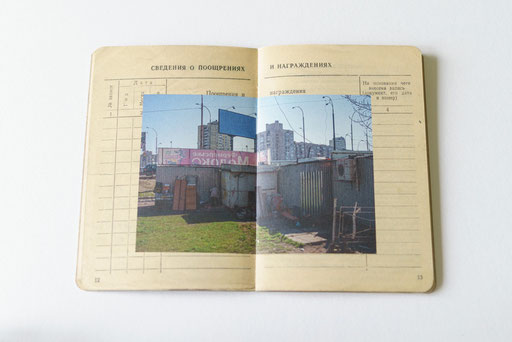 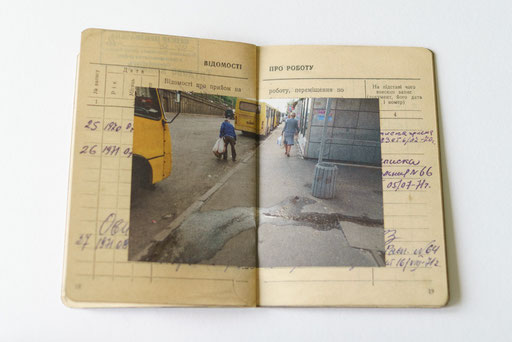 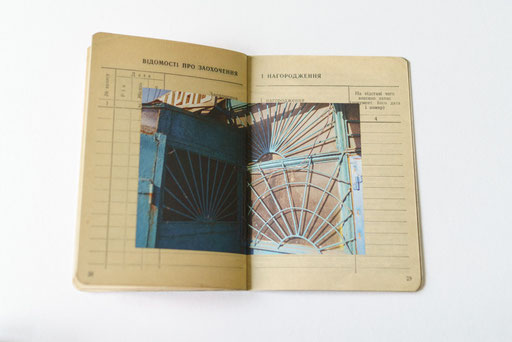 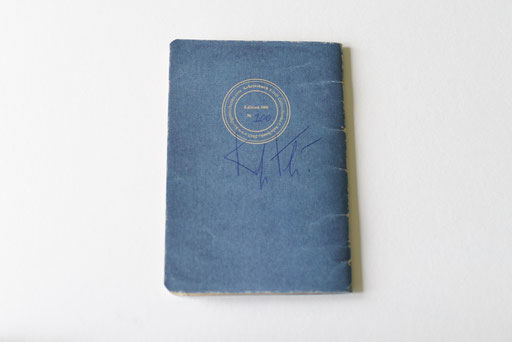 Labour books existed in the Soviet Union since 1939. Stalin was apparently inspired by the German employment record book. These books still exist in Russia and Ukraine. They are a kind of summary of an employee's working life and they should all be documented in his/her place of work and are used
to determine pension.


The level of pensions it is really very low and is less than 55,– Euro per month. This means a struggle for survival for many seniors every day. Many of them are forced to continue working in order to survive. Pensions are not enough to live. The entire system of labour books therefore seems pointless. The workers have been deceived by the government.


This series has a blue cover. At the same time, the color is specific for working clothes, both then and now. The blue color appears in every picture and “persecutes” people. I took my father's work record and put the pictures on its pages. I deliberately put the images in the foreground, so that the contents cannot be read. Because it ultimately is not about the entries, such as their promotions and rewards, in this "meaningless" book but through the images, is a true story about the people.