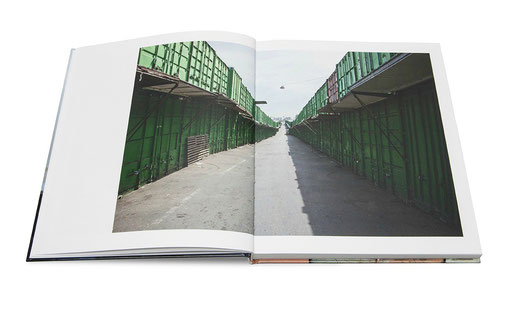 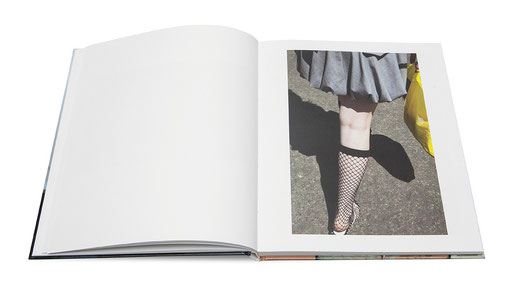 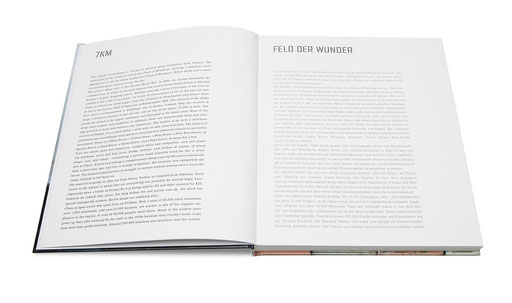 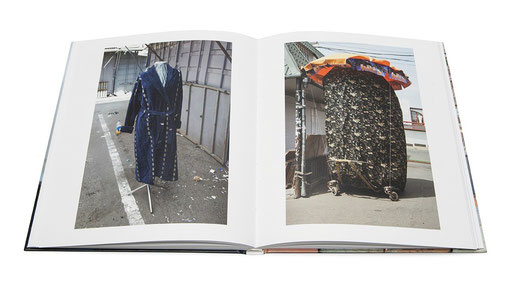 Situated »7 km« away from Odessa, Kirill Golovchenko has photographed one of the largest marketplaces in the world. The market, the oldest part of which was set up immediately after the Second World War, and thus during a long-gone Soviet era, is still known today as the »Field of Wonders«. Built upon former wheat fields and the site of a waste incineration plant, this veritable state within a state occupies a full 70 hectares of land: stacked in twos, one on top of another, over 16,000 containers form the colourful swathes of streets; the asking price for one container is $200,000, together with a »shop« for example, in the »pink street«, it will set the buyer back $400,000; 20,000 sellers employ 10,000 carriers; 200,000 resellers and retailers from the Ukraine, Russia, and the Republic of Moldova stock up daily on goods of all sorts; with an estimated daily turnover of $20,000,000, a total of around 15,000,000 Ukrainians, i.e. 60% of the populace, buy their clothes from here; $3 will buy a bottle of Chanel No. 5, $25 a pair of Nike trainers.

Barbara Klemm, Kirill Golovchenko’s mentor, says: »These are very successful photographic works on the large marketplaces of the former Soviet Republics. As I myself photographed a number of these markets in Siberia in 2000, I know first-hand how chaotic these markets are at times and how difficult it can be to get a good grasp of a subject like this.«