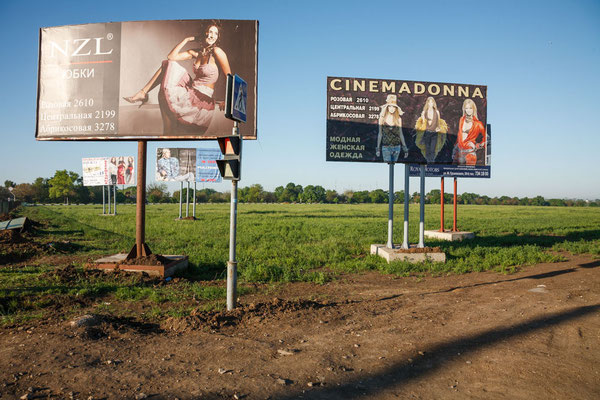 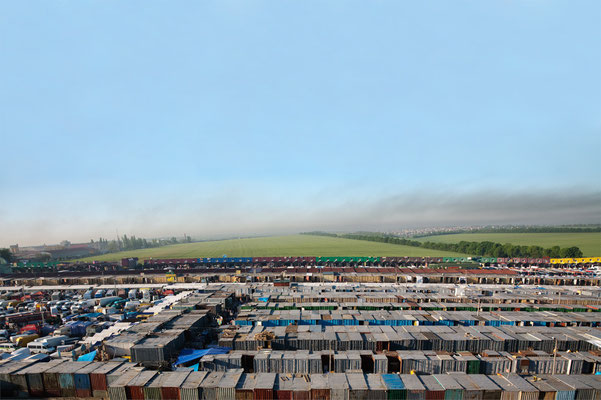 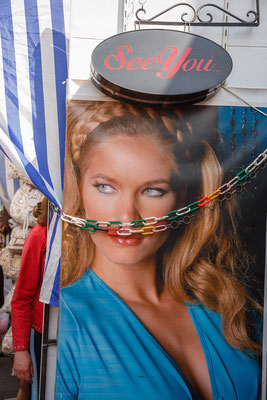 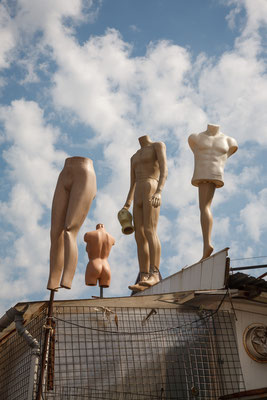 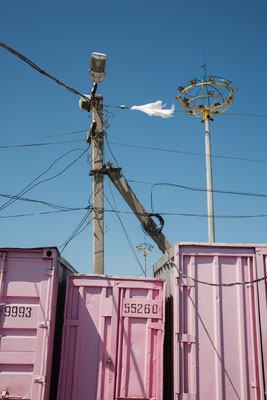 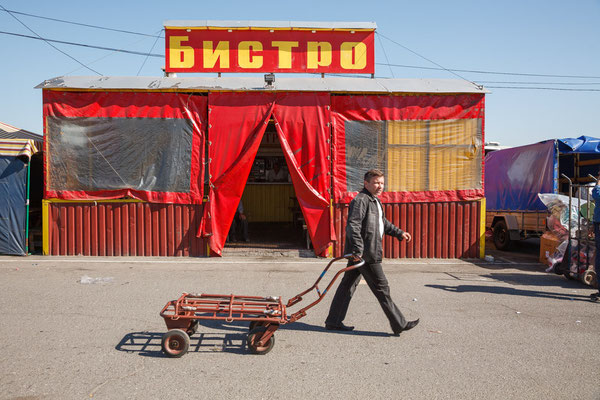 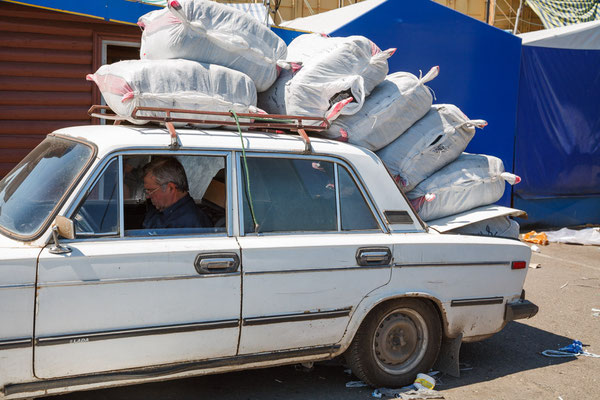 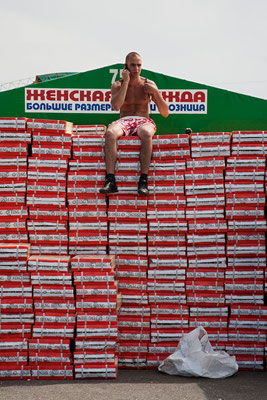 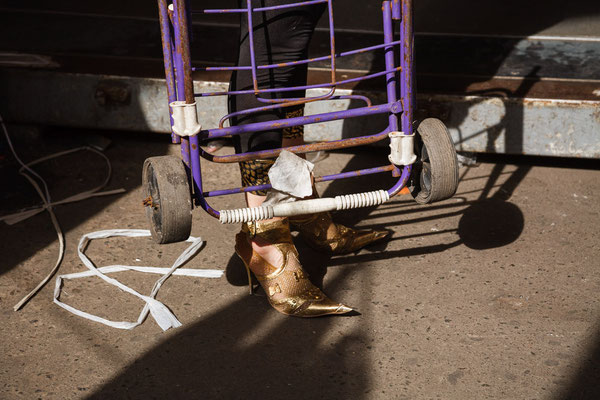 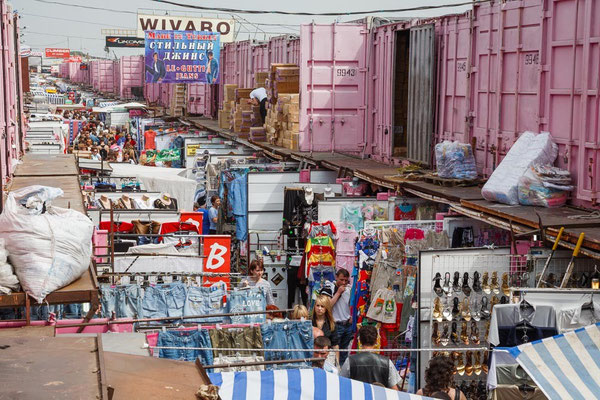 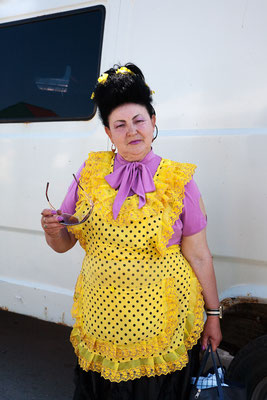 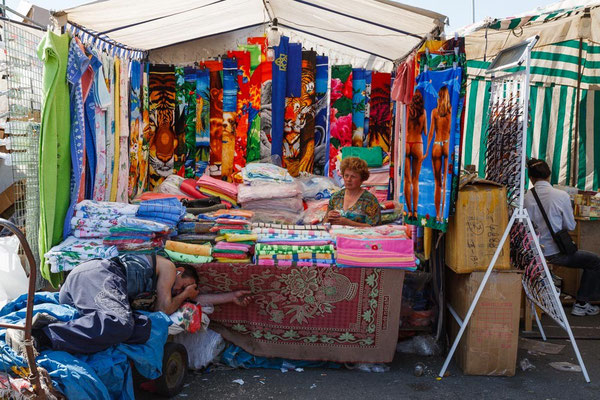 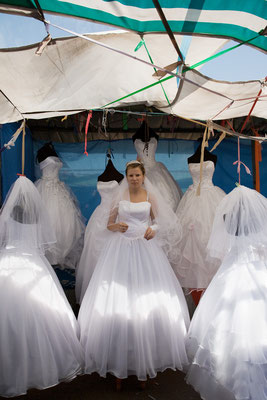 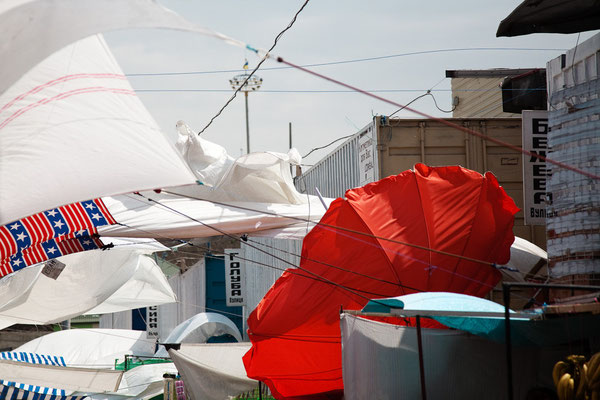 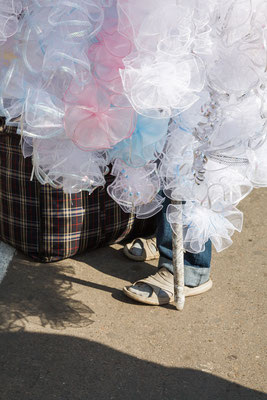 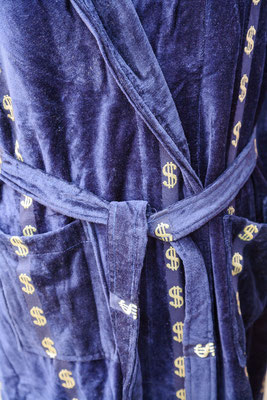 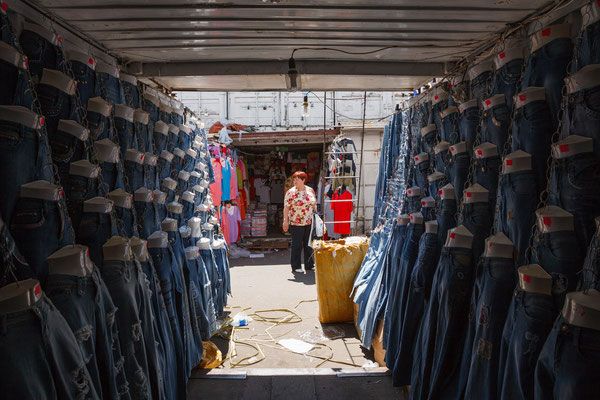 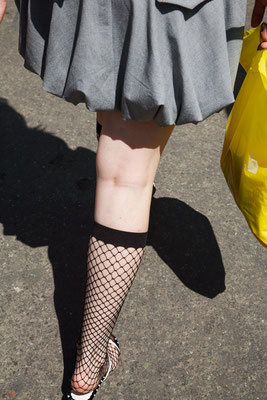 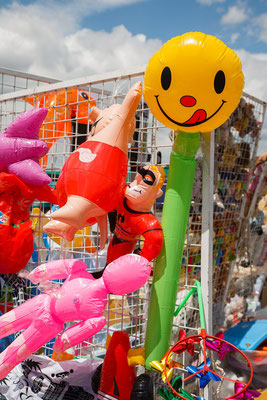 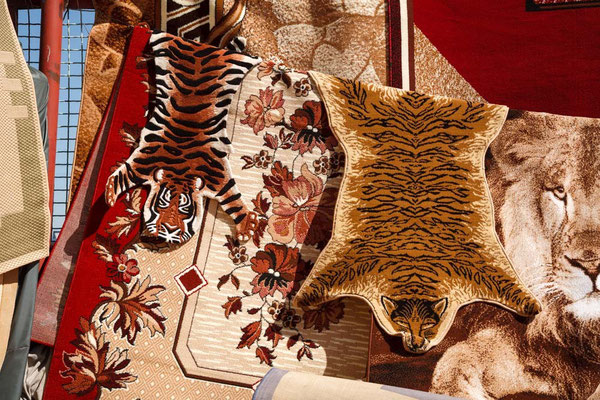 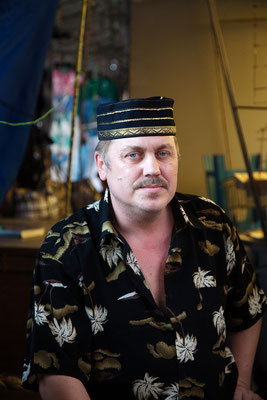 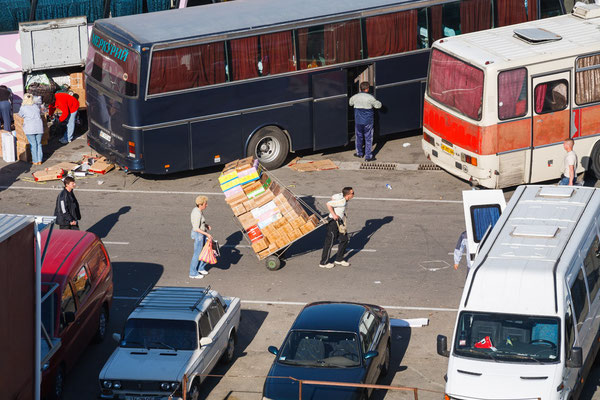 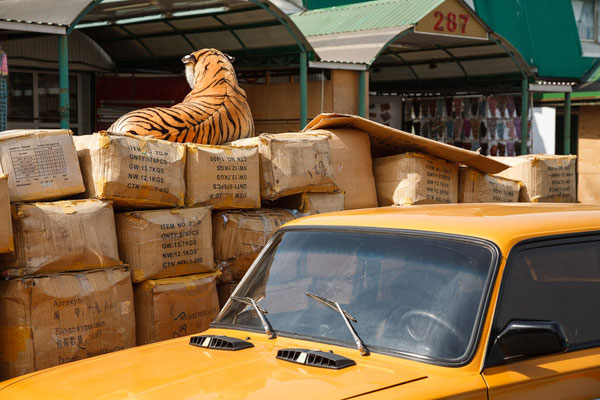 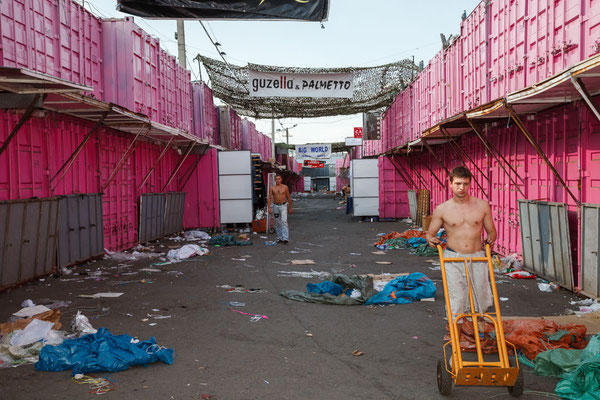 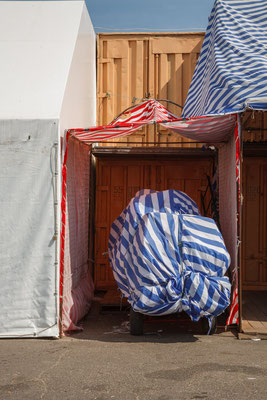 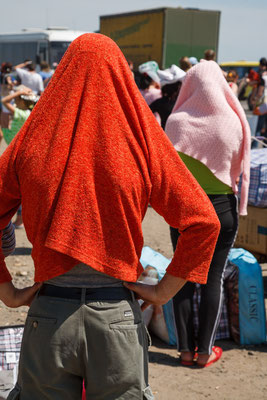 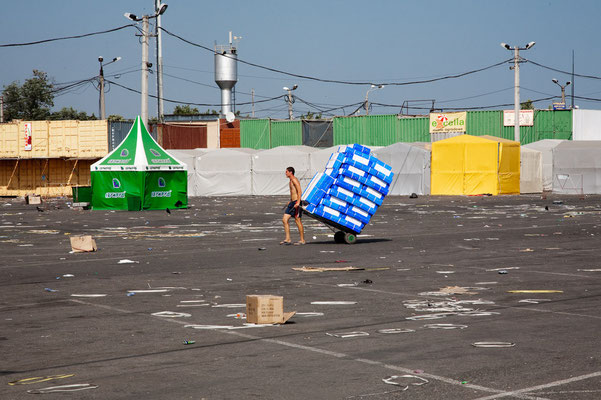 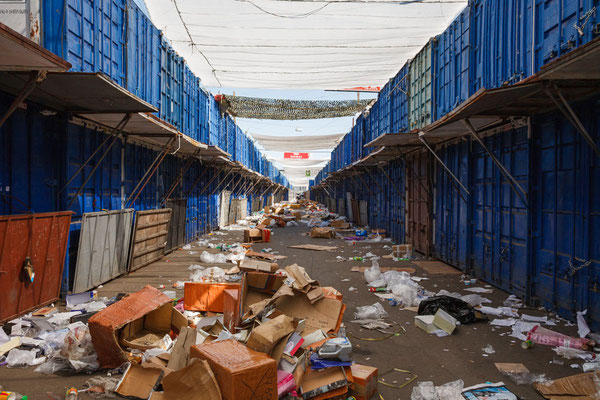 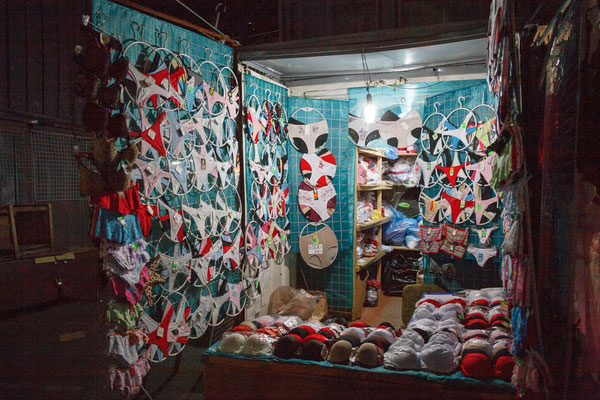 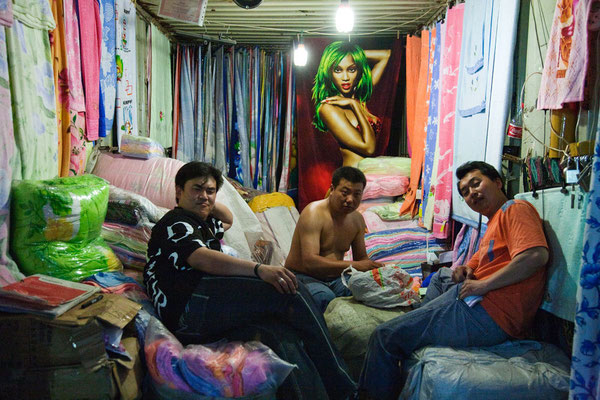 Seven kilometres before the gates of Odessa there is the biggest marketplace of Europe. The oldest part of the market is called » field of the miracles«. Club fender would be to call the whole market »field of the miracles«. Here earlier one grew wheat, in addition, the garbage combustion arrangement was here.
The beginnings this market go back to the second world war. In 1989 became from the most famous flea market of the Soviet Union bit by bit the biggest shopping centre of Europe. In the beginning today only 4 hectares he encloses more than 70 hectares – goods, as far as the eye reaches. »7km« nearly ten spots are bigger than the Centro in  Upper House and almost twice as largely, how the famous Mall of America in the American Bloomington. Here most shops are neither buildings nor kiosks. These are countless rows on each other stacked ship container, 16.000 in the number. On top the goods are stored, a floor is deeper sold. The shops have no names, only number. In addition still there come countless tents and pavilions. De facto the market shows a reduced effigy of Odessa. It is also a state within a state with own laws and rules. The container streets are very long and marked to the better orientation in colour. There is whiteness, yellow, blue, light blue, apricot, grey, Greens, pink street to call only some.


Toys and shoes, pots and cosmetics, CDs and computers, cars and washing machines, pencils and bedclothes, books, brooms and of course things, in all forms and colours.Everything what a person can need to the life is offered in »7 km«. Almost everything is conspicuously cheap, even for Ukrainian relations. Still the people have recently tried to survive here without having generally something.
Most goods which are offered at the market are from China, Turkey and also »import from Odessa«. To every visitor of the market is clear that impossibly everything can shut with right things if Chanel No.5 bottles are sold for 3 dollars and Nike sneakers for 25 dollars. There are controls, the tax police comes, but before it comes, there is a warning. And everything closes her stores. »7km« is opened daily except on Fridays.


With 20,000 shop assistants, more than 1,500 employees and to more than 10,000 bearers he is one of the biggest regional employers. All together more than 60,000 people work there. Many of the shop assistants have given up her state jobs in the 90s, because they could not deny with it her living. Daily there come here 200,000 retailers and single buyers from the Ukraine, Russia, the republic Moldavia and even from some European states. Also every average family from Odessa comes at least once a month. They load her carriages fully under the roof. 60% of the Ukrainians (approx. 29 millions people) buy her clothing in »7 km«. The respected market turnover amounts daily more than 20 millions American dollars. There are not precise figures.


The economic hierarchy of »7 km«: Completely on top there stand the owners of the market – Viktor Dobrjanskij and the other stockholders of the corporation. They rent parking lots for container. The container owners pursue either even a trading venture, or sublet her containers. The rent prices of a container start with 1,500 dollars in the month and rise up to 7,000 dollars in the Rose‘s street. One can also buy for 200,000 dollars a container.


The people who work in the containers are so-called Realisatoren in most cases: the hired shop assistants who are paid after turnover and not seldom 70 or 80 hours in the week work, summer like winter, day and night. There is not social security, standard wage, wage guarantees, notice protection or health protection. For it the possibility to earn a lot by brutally hard work. They earn about 500 – 700 dollars monthly – for Ukrainian relations it is a lot.


Here rule early-capitalistic states. One adapts himself, or one goes: The working hours are heavy. One must get up very early and sit here up to the evening. Or the whole night. The people sometimes come at five or six o‘clock in the morning and work to three. Then you go fast somewhere a tea drink and around five they are again here and train to, two, three o‘clock in the morning. At night, nevertheless, one should sleep and not work.


There are similar markets, only substantially smaller, everywhere in the Ukraine and other former Soviet republics where 70 years ago the enterpriser‘s layer was exterminated. »7km« an economic system of the land reflects, so to speak. Such markets exist beside quickly developing supermarkets like metro. This » concurrent unsimultaneousness « will lead sooner or later to it that of »7km« disappears. Such markets in East Europe have stopped to exist during the first 3-5 years after the crossing to the free market economy. The destiny of the market depends on the economy of the Ukraine; as soon as develops normally, the necessity of this market is not given any more.