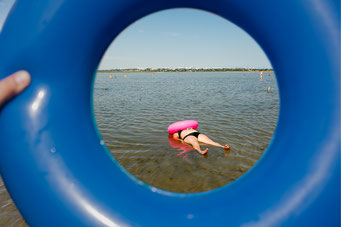 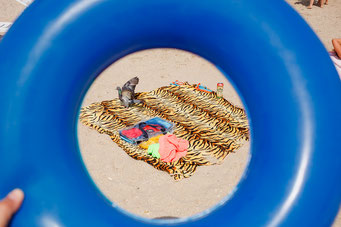 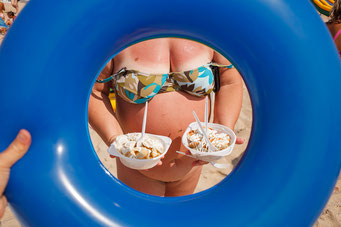 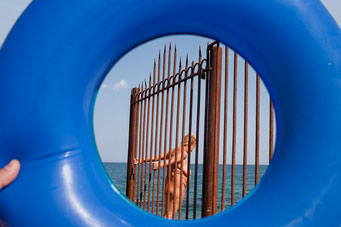 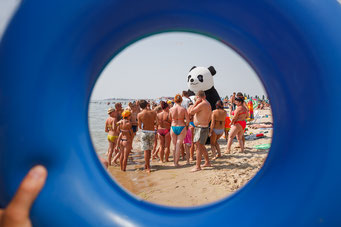 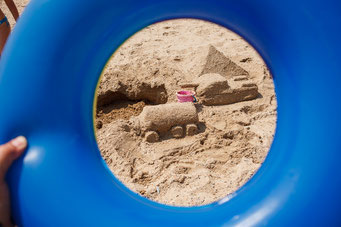 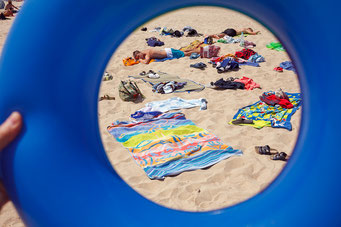 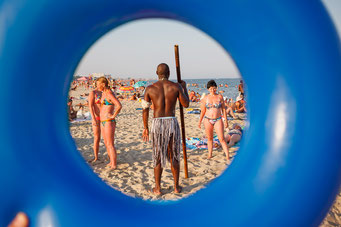 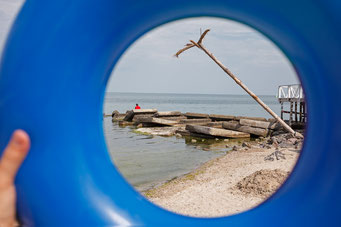 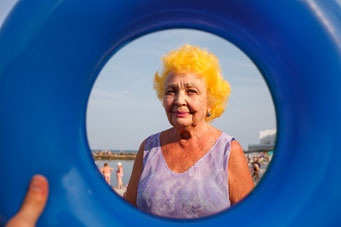 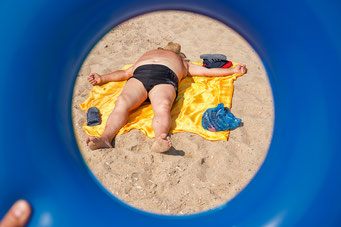 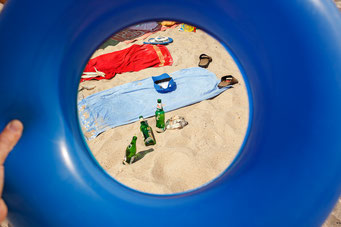 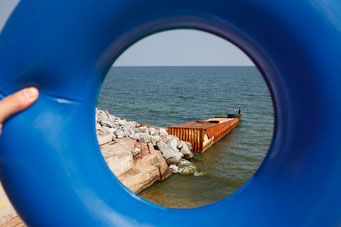 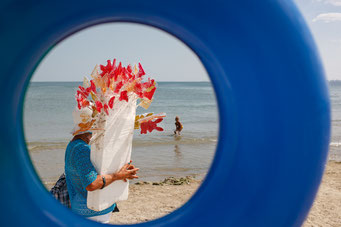 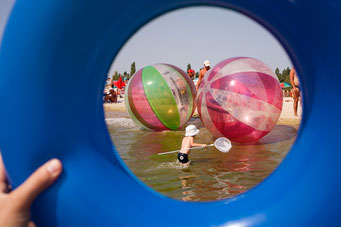 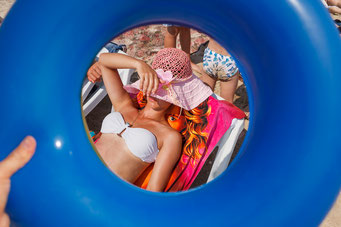 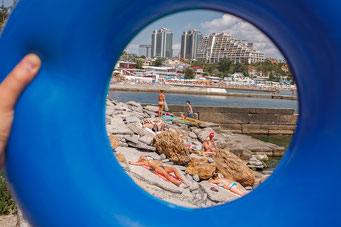 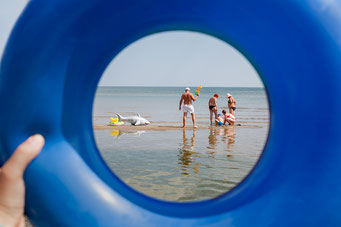 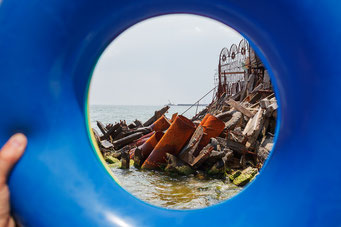 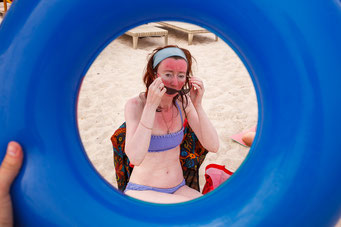 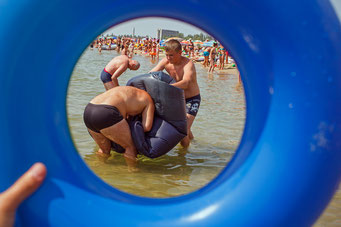 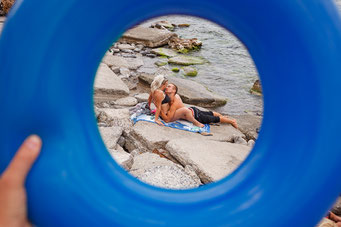 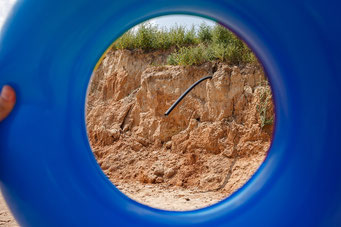 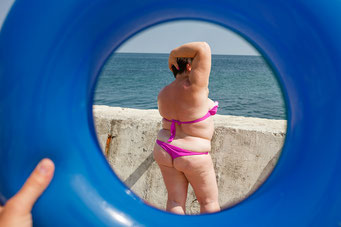 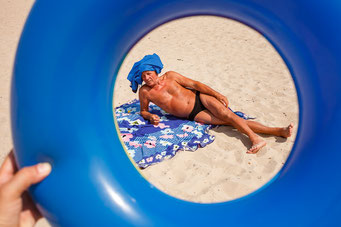 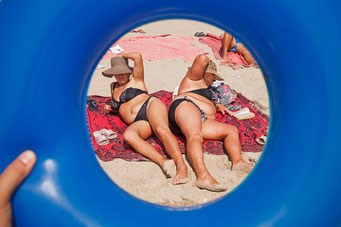 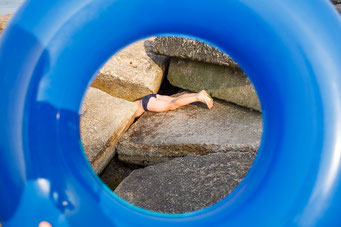 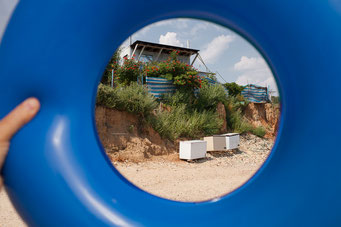 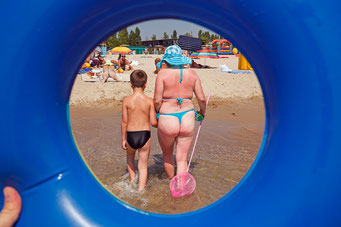 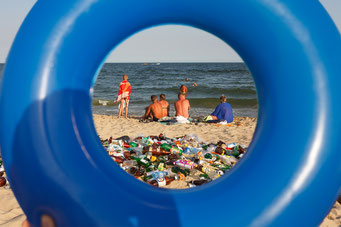 Out of the Blue

As a kid I spent a lot of time on the beach. We spent most of the summer in a seaside holiday home. It’s a great feeling on the seaside, calming and threatening at the same time. Life on the beach is very varied. The beach is a universal theme and in this case part of the cultural world of the Ukraine.

Perhaps you can find out more about people at the beach than at other public spaces. People go to the beach, take off their clothes, lie down next to other people they don’t know, swim, eat, tan, and drink … The more people there are lying on one level, the more join. Some parts of the beach are so hopelessly overcrowded that you can’t get to the waterside for all the beach-towels. My images are what they are, merely windows on the reality of the seaside. Most images are direct observations captured using a camera: seen briefly, and then they’re over. I’ve always needed to be close up to people, to almost be part of them, which is like saying I was never just an observer but also a holidaymaker. One of them.

I took a swimming tyre and shot photos through it. The circular image this created reminds me of a ship’s porthole. Also, the circle resembles a telescope lens and had a touch of the voyeuristic about it. It fits the beach, and not just as a formal device. For me, the tyre helped me learn to swim. At the beach you watch others and they watch you. I did my watching through this ‘hole’. It seemed spontaneous and fun while taking the photos. There was something of the performance about it and yet I also felt invisible as a consequence. The swimming ring conceals you, isolates you, but also makes you visible. It helps you focus, both as the photographer and as the observer. It’s like a pin-hole, a spotlight illuminating a certain situation for a brief moment. What’s important is that the viewer recognizes the shape of the swimming tyre and when viewing the images is taken to another level, one between staged reality and documented reality.